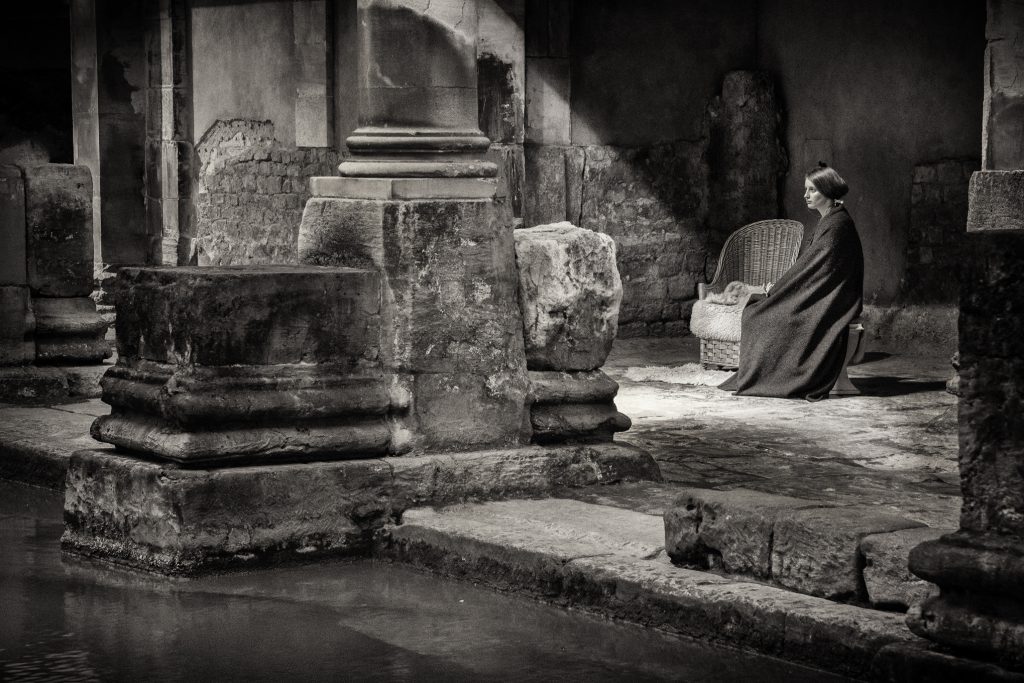 A young girl looks out over the Roman Baths as if in a dream.

The Roman Baths themselves are below the modern street level. There are four main features: the Sacred Spring, the Roman Temple, the Roman Bath House and the Museum, holding finds from Roman Bath. The Roman Baths consists of the remarkably preserved remains of one of the greatest religious spas of the ancient world. The city’s unique thermal springs rise in the site and the Baths still flow with natural hot water.