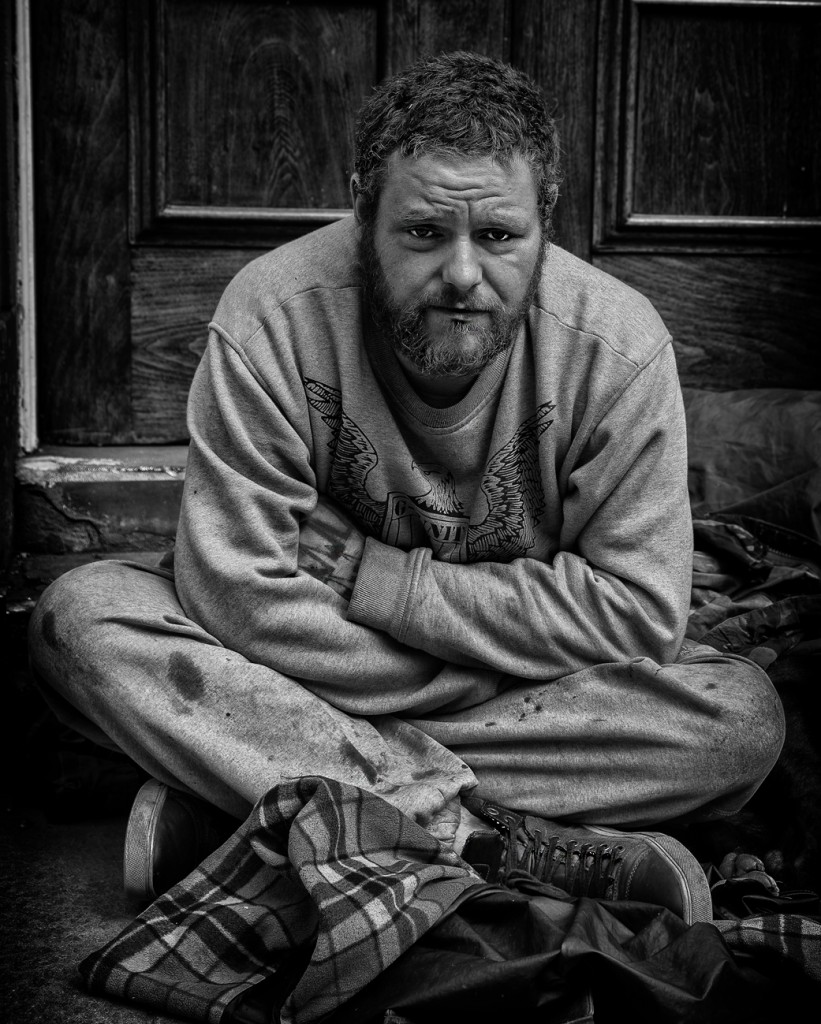 The sun and people hit the streets of Bath this week in between the summer rain and patches of spontaneous sunshine. I met Jessie a homeless guy on the streets, he was hungry so I bought him a coffee and lunch, he described how the drunken youths recently beat him up so badly that he damaged bones in his arm, which he now showed me was heavily infected, all because he was homeless. I sometimes read that street photographers shouldn’t make picture of the homeless as its exploitation, but I say no, show these images, show the faces of the very real people behind them, hopefully one day this will help them in their plight and if we can change just one mind and make another person stop and help a homeless person with a gift of a drink or a meal – then its all good.

On a lighter side, Bath was stuffed with strange images like the large art installation of a paint dripped rabbit, lots of people wearing sunglasses and people just being people. 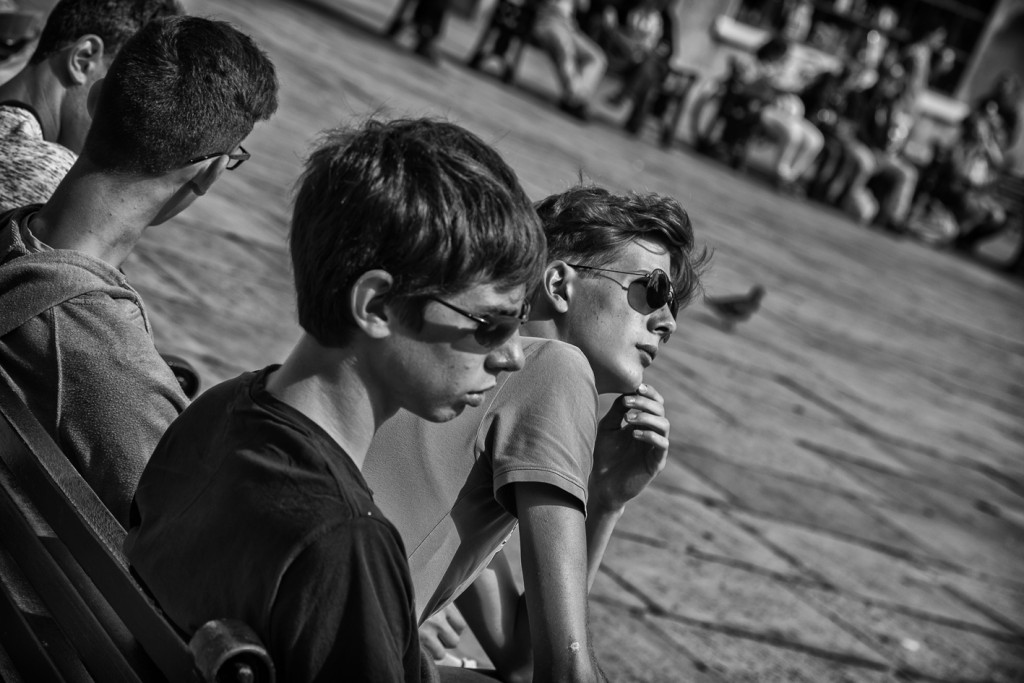 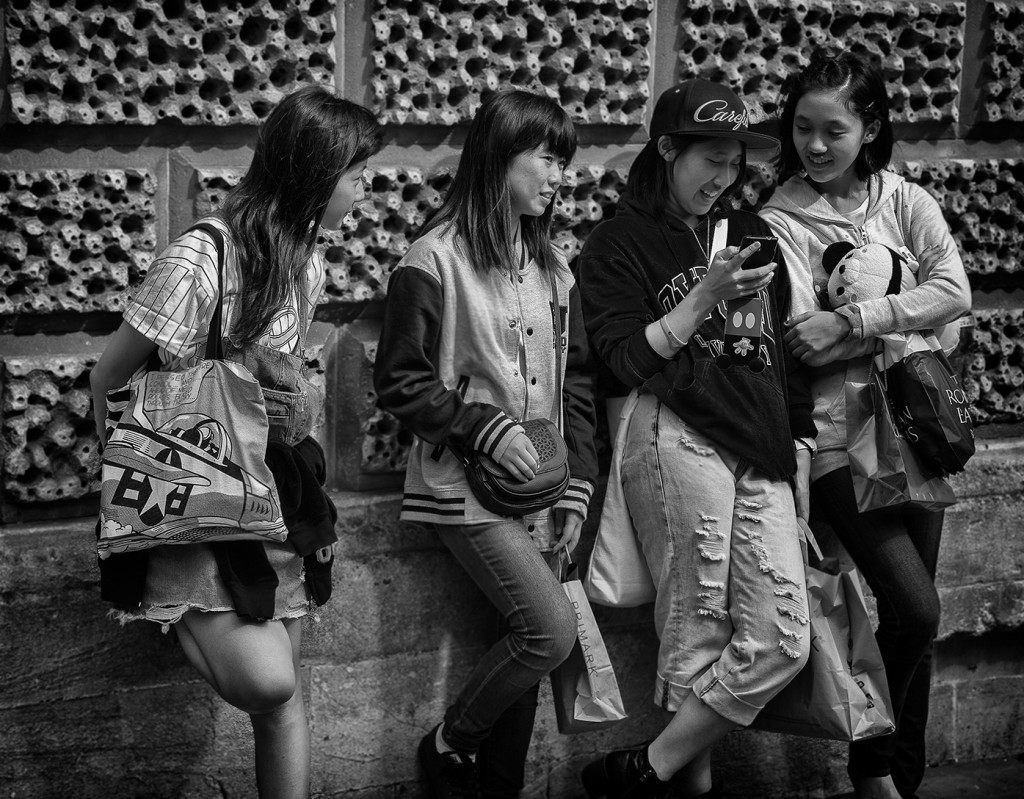 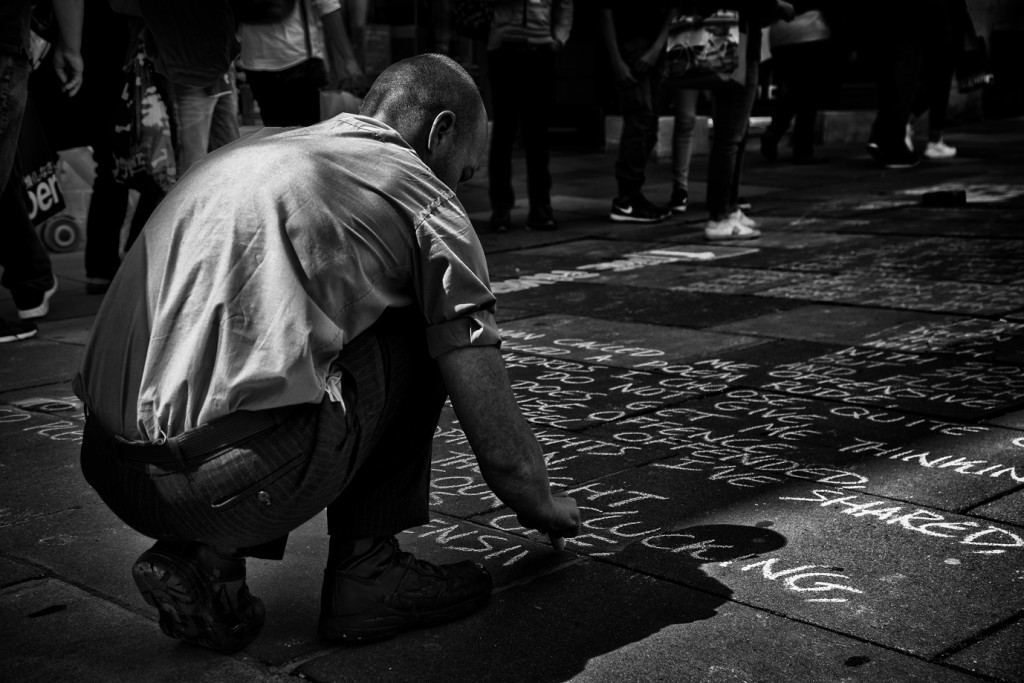 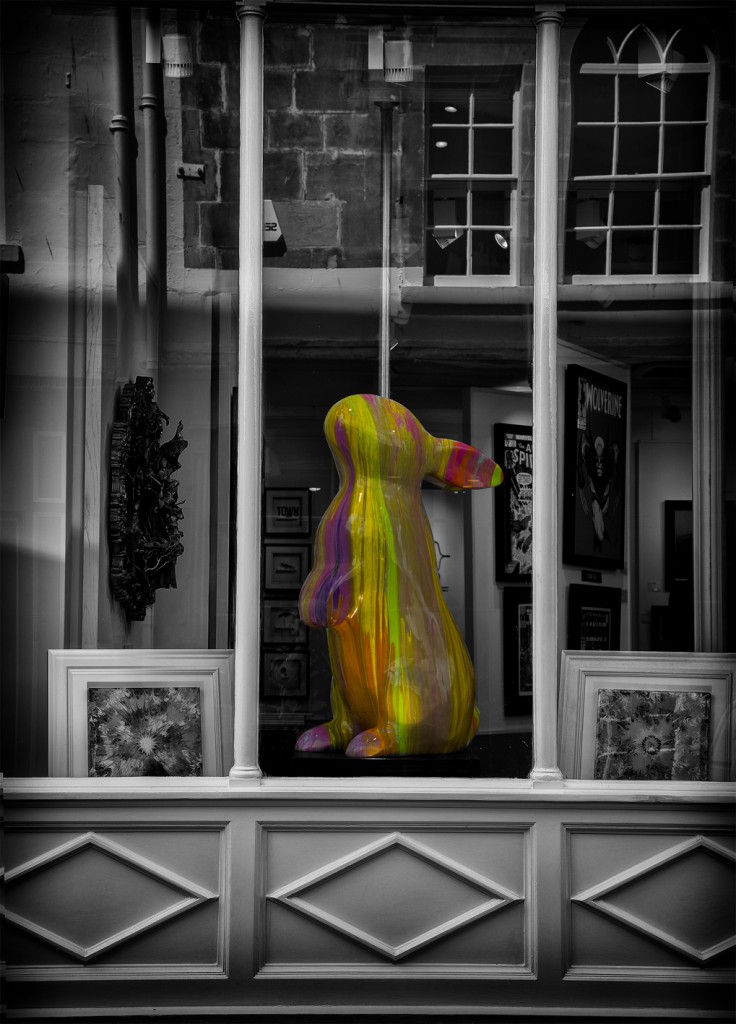 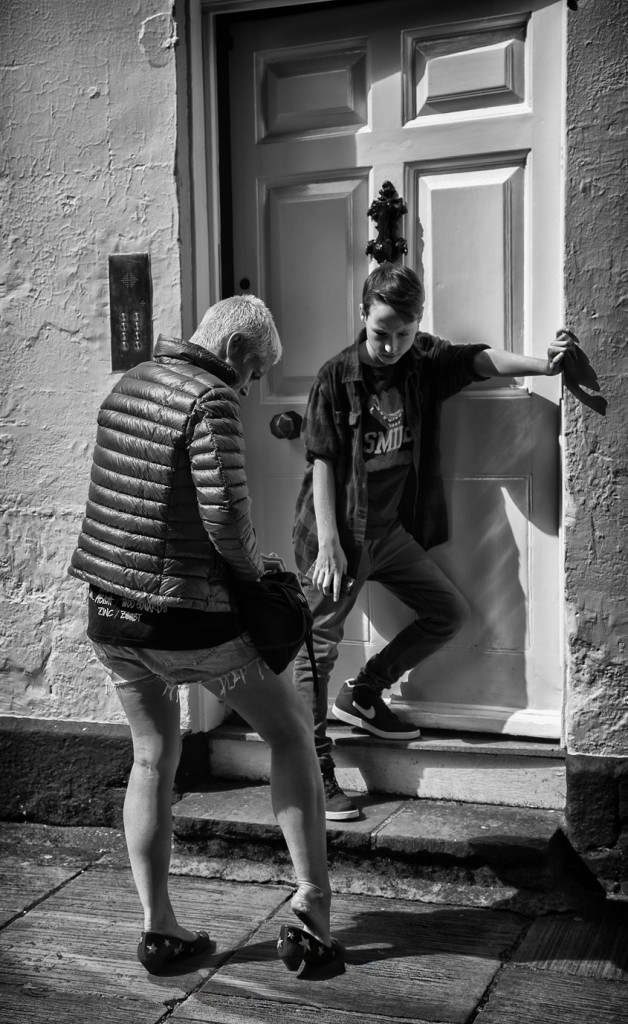 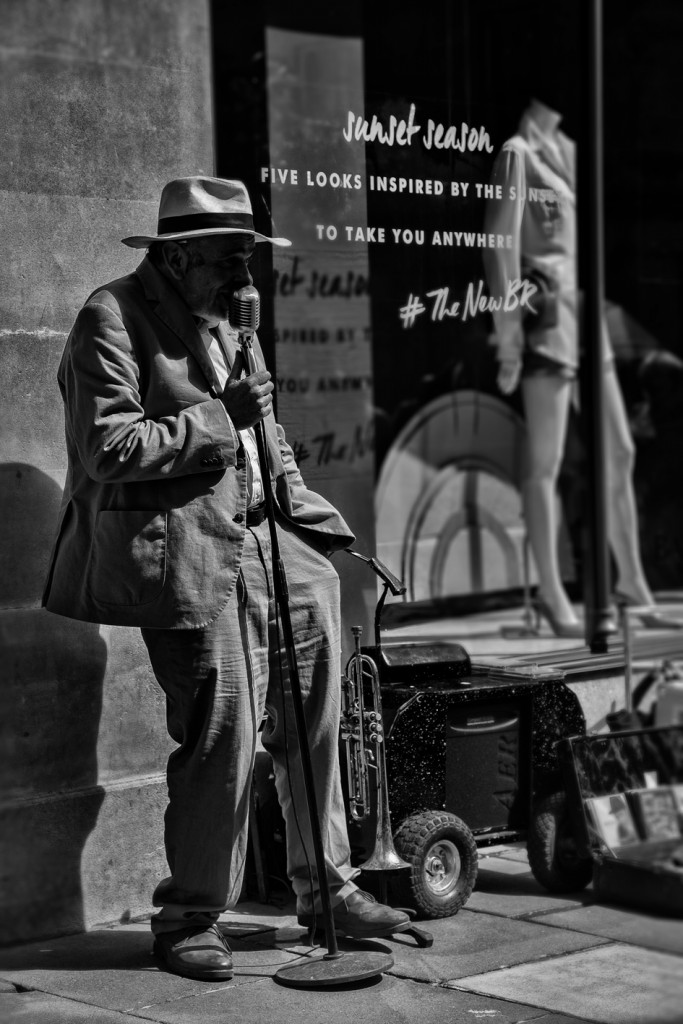